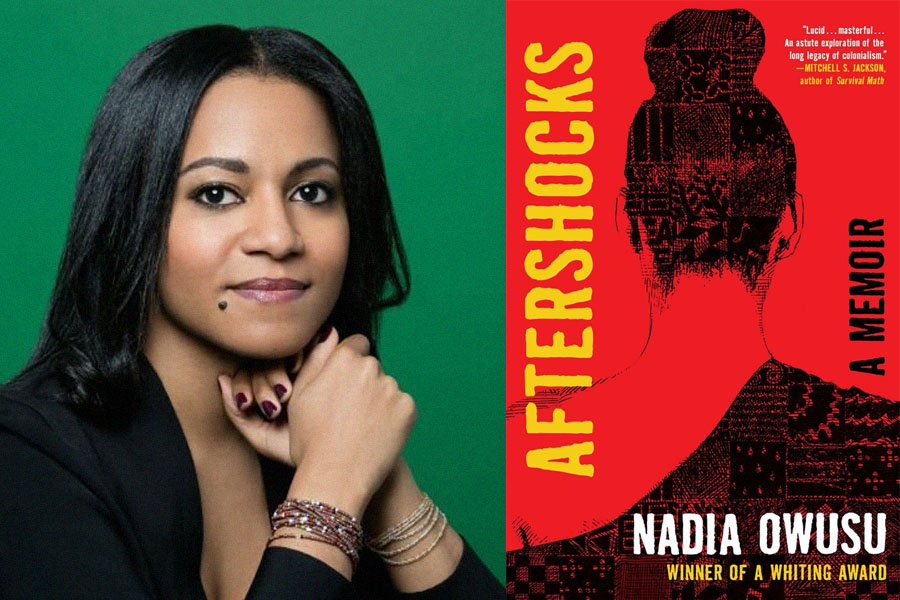 “I think when you begin to think of yourself as having achieved something, then there’s nothing left for you to work towards. I want to believe that there is a mountain so high that I will spend my entire life striving to reach the top of it.”
― Cicely Tyson 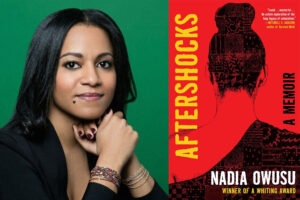 This memoir by Nadia Owusu is the intimate story behind the news of immigration and division dominating contemporary politics. At the age of two, her mother abandoned her and her baby sister to flee from Tanzania back to the US. When she was thirteen, her beloved father died of cancer. Alone with her sister and a stepmother they didn’t like, Nadia grew up adrift. This is the account of how she hauled herself out of the wreckage.

Nadia Owusu is a woman of many languages, homelands, and identities. She grew up in Rome, Dar-es-Salaam, Addis Ababa, Kumasi, Kampala, and London. She is now based in Brooklyn. Her writing has appeared or is forthcoming in the New York Times, Literary Review, Catapult and others. Her lyric essay chapbook, So Devilish a Fire, was a winner of The Atlas Review chapbook series and was published in 2018. She is an associate director at Living Cities, an economic racial justice organization.

Just as I Am by Cicely Tyson 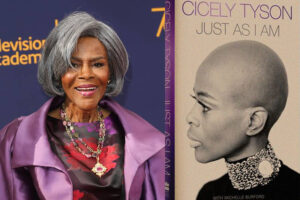 Cicely Tyson recalls her extraordinary life, linking art and life in her debut memoir. She explores her experiences with racial and gender stereotyping, movie-business prejudice, and ill-behaved men that shaped her career. From her straitlaced West Indian mother, her abandonment of an early marriage to fighting off an attempted sexual assault by acting teacher Paul Mann, Tyson discusses it all. The memoir dives deeply into her reflections and lessons gleaned from a seven-decade-long career.

Cicely Tyson is an American actress, lecturer, activist, and former fashion model best known for her portrayal of strong African-American women. She is the recipient of three Primetime Emmy Awards, four Black Reel Awards, on Screen Actors Guild Award, one Tony Award, an honorary Academy Award, and a Peabody Award.

How the One-Armed Sister Sweeps Her House by Cherie Jones 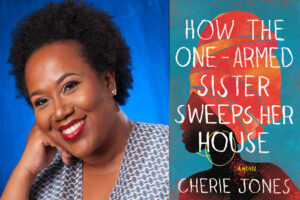 This is a story of three marriages and a beautiful island paradise where, beyond the white sand beaches and the wealthy tourists, lies poverty, menacing violence and the story of the sacrifices some women make to survive. In Baxter’s Beach, Barbados, Lala’s grandmother Wilma tells the story of the one-armed sister, a cautionary tale about what happens to girls who disobey their mothers. When Lala grows up, it’s a story of hope after losing a baby and marrying the wrong man. For Mira Whalen, it’s about staying alive, trying to make sense of her husband’s murder.

Cherie Jones was born in Barbados. She graduated from the Sheffield Hallam University MA program and was awarded a fellowship at the Vermont Studio Center. Her short fiction has been published in PANK, Reflex Fiction, and the Feminist Wire. 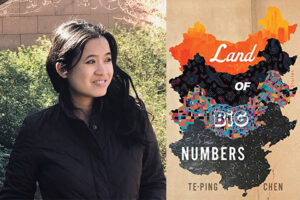 This collection of sometimes playful, sometimes dark stories, draws back the curtain on the realities of modern China and explores a cast of rich and complicated characters. From a brother competing for gaming glory while his twin sister exposes the dark side of the Communist government on her blog; a government call center worker surprised to speak with a former lover once more; the locals at a neighborhood market whose lives are changed by a delicious new fruit; and a young woman’s dreams of making it big in Shanghai from her floral shop.

Te-Ping Chen is a Wall Street Journal correspondent based in Philadelphia where she writes about workplace issues. She was a Beijing-based correspondent for the paper covering politics, society, and human rights. Before that, she was a Hong Kong correspondent, covering the city’s politics and pro-democracy movement. Her fiction has been published or is forthcoming from The New Yorker, Granta, Guernica, Tin House, and BOMB.

The Committed by Viet Thanh Nguyen 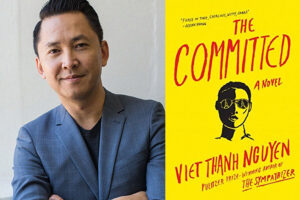 This novel follows the Sympathizer’s arrival in Paris as a refugee. There, he and his brother Bon try to escape their past and prepare for their futures through capitalism and drug dealing. Struggling to assimilate into a dominant culture, the Sympathizer is both charmed and disturbed by Paris. He falls in with a group of left-wing intellectuals and politicians who stimulate his mind and business – but his new life is full of unforeseen dangers. From the oppression of the state to the self-torture of addiction, the Committed is a blistering portrayal of commitment and betrayal.

Viet Thanh Nguyen was born in Vietnam and raised in America. Now he lives in Los Angeles. He is best known for The Sympathizer which was awarded the 2016 Pulitzer Prize for Fiction. He is the Aerol Arnold Chair of English and American Studies and Ethnicity at the University of Southern California and a recipient of fellowships from the Guggenheim and MacArthur foundations.

This 2021, these writers are diversifying our screens. Check out the TOP5 Upcoming Films Written by BIPOC!