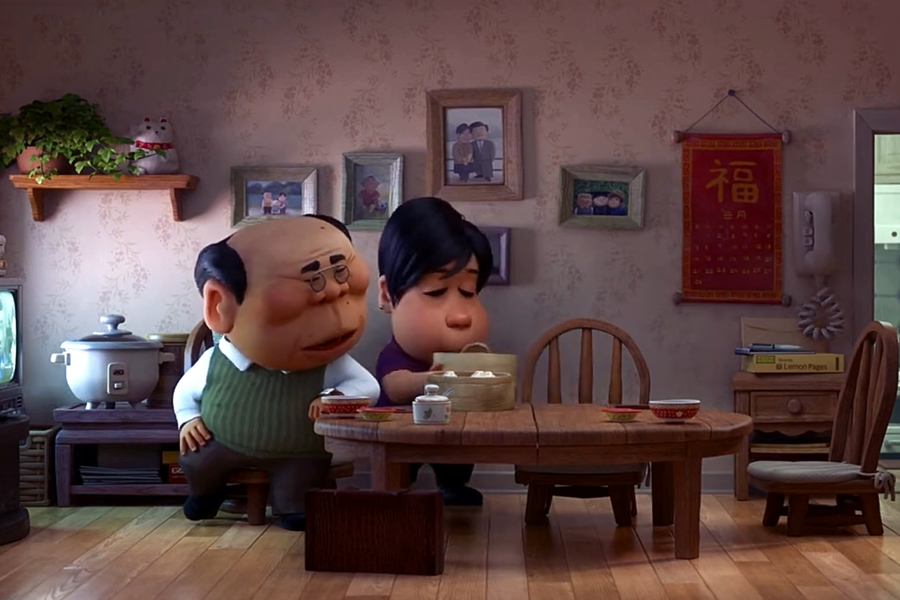 “With beautiful animation, Bao explores the typical mother/son relationship in a highly unique way that’s sure to tug at your heartstrings.”

Mother’s Day is a celebration honoring the mother of the family, as well as motherhood, maternal bonds, and the influence of mothers in society. But motherhood comes in many forms. Through these 5 short films, these directors have captured the various complex bonds we have with our mothers.

Directed by Domee Shi and Produced by Pixar Animated Studios, Bao tells the story of a lonely Chinese-Canadian mother suffering from empty nest syndrome. While cooking a meal of baozi for her and her husband, she’s given an unexpected second chance at motherhood when one of the steamed buns comes to life. With beautiful animation, Bao explores the typical mother/son relationship in a highly unique way that’s sure to tug at your heartstrings. Bao won an Academy Award for Best Animated Short Film at the 91st Academy Awards, and also earned nominations for the 43rd Annie Awards, the International Online Cinema Awards, and the Tribeca Film Festival.

Bao was the first of 35 Pixar shorts to be directed by a woman. Domee Shi began Bao as a side project while working as a story writer for Inside Out. The short was highly influenced by her own childhood as well as classic fairy tales. She has contributed to multiple films, including Inside Out, Incredibles 2, and Toy Story 4.

Set in a village in Gansu, China, 19-year-old Xiaoyu returns home from kung fu school to celebrate Chinese New Year. As his ever-successful relatives boast over their accomplishments from the past year, Xiaoyu is further isolated from his family and wilts under the disapproving glances of his mother. New Year’s Eve is heartwrenching only because it depicts the strained relationships between an Asian mother and child with a non-traditional career path.

Hao Zheng is a recent Student Academy Award-winning director who transitioned from being a professional actor in popular Chinese films and TV shows. Hao was recognized recently by the 2021 Forbes 30 Under 30 List and was selected as a 2020 Disney Launchpad Director, 2020 HBOAccess Directing Program Fellow, 2019 Viacom ViewFinder Program Finalist, and a 2019 First International Film Festival Directing Lab Fellow. He studied Film Production at Emerson College.

Ellie Wen is an award-winning filmmaker from Hong Kong and Los Angeles. She attended Stanford University and graduated with a BA in Drama and a Minor in Sociology. Ellie began her career in Los Angeles where she produced numerous short films and narrative features. Wen created Single Mother Only Daughter nearly by accident. After her subject fell through during Wen’s work on a UCLA Extension class assignment, Wen was forced to use her own life for inspiration. Under the pressing deadline, Wen ended up making an intimate, personal documentary about her complicated relationship with her mother.

In only 9-minutes, this observational documentary explores the impact of mass incarceration on a generation of youth. Following a group of children journeying to visit their mothers in prison, the short focuses on the children left behind by absent mothers. The subtle and restrained filmmaking allows plenty of time and space to process the events and think about what it means for the big picture. What results is a poignant short brimming with emotion.

Elizabeth Lo is an award-winning filmmaker interested in exploring the boundaries between species, class, and unequal states of personhood. Her debut feature, STRAY, won the Top Jury Prize at Hot Docs and was nominated for an Independent Spirit Award, a Critics Choice Award, and two Cinema Eye Honors after premiering at the Tribeca Film Festival in 2020. Elizabeth is currently in development on her second feature-length film under the mentorship of the Concordia Studio Fellowship.

R.J. Lozada is an award-winning multi-media journalist and filmmaker who explores and engages multiple diasporas. Lozada has worked in varying capacities from film festival programming for the San Francisco International Asian American Film Festival to producing documentaries, radio segments, and photo editorials. Lozada was also a paralegal to the condemned at San Quentin State Prison for over five years.

Three generations, including the subject herself, come together to tell the story of Vina Schmitt – grandmother, mother, accused murderer, and self-proclaimed “Moon Child” of San Diego, California. At its center, Moon Child is the story of a complex single woman and the effect of her trials on her family tree. Her story is steeped in abuse, anger, mental health, drug addiction, and family. It’s a film that’s equal parts fascinating and disturbing.

After graduating from USC Film School with honors, James worked with producer Sean Daniel before committing full-time to freelance filmmaking on his own. He has since gone on to shoot award-winning narrative, commercial, music video, fashion, and documentary films. Moon Child is the story of his own grandmother.