“That’s why I think my life turned out as good as it has. Because all the time, I’m just trying to have fun.”
― Tiffany Haddish

Despite the writing guides and formulas, not every writer can produce something funny. Comedy writers are a special breed of wit, timing, and creative magic. Here are the Top 5 female comedy writers you should follow for a good laugh. 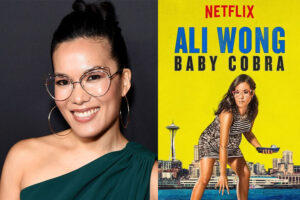 Alexandra Dawn “Ali” Wong is a celebrated comedy writer as well as an actress and comedian. Wong was included in Time magazine’s 100 Most Influential People of 2020. Her Netflix stand-up specials Baby Cobra and Hard Knock Wife both received critical acclaim. In 2019, Wong published Dear Girls: Intimate Tales, Untold Secrets and Advice for Living Your Best Life which she dubbed as a life guide for her two daughters to read when they’re adults. Her most recent roles include Ms. Thomas in Love, Victor, Ellen Yee in Birds of Prey, and voicing the character Ali in Big Mouth. 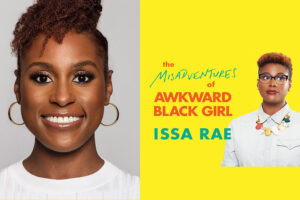 Jo-Issa Rae Diop is an American actress, writer, and producer. Rae was included on the annual Forbes ’30 Under 30‘ list in the entertainment section in 2012. Rae’s work on the YouTube web series Awkward Black Girl catapulted her career. Since 2011, Rae has continued to develop her YouTube channel, which features various short films, web series, and other content created by people of color. Rae’s first book, a memoir titled The Misadventures of Awkward Black Girl, was released in 2015 and became a New York Times best-seller. Her most recent work involves the films The Photograph, The Lovebirds, and Vengeance. 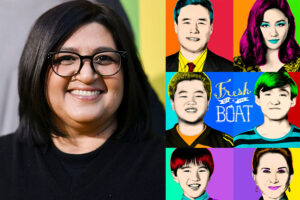 Nahnatchka Khan is an American television writer and producer for comedy series like Don’t Trust the B-— and Fresh off the Boat. After her parents emigrated from Iran, Khan was born in Las Vegas and grew up in Hawaii. From the beginning of her career, Khan has created diverse images that work to subvert television stereotypes. Khan started her writing career on 20th Century Fox’s Malcolm in the Middle. She also worked for Disney Television Animation, including Disney’s 1990s animated sitcom, Pepper Ann, the division’s first series created by a woman. The Netflix film, Always Be My Maybe, was her most recent work. 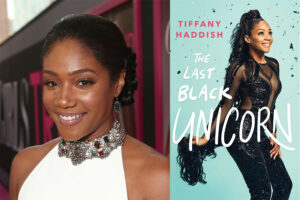 Tiffany Sara Cornilia Haddish is an American actress, comedian, and author. Haddish’s first break was a spot on the comedy competition Bill Bellamy’s Who’s Got Jokes? She has appeared on such shows as Chelsea Lately, That’s So Raven, My Name Is Earl, It’s Always Sunny in Philadelphia, New Girl, and many others. In 2017, she won a Primetime Emmy Award for her work as a host on a Saturday Night Live episode, and published a memoir, The Last Black Unicorn. Haddish is in the process of many upcoming projects, including the upcoming series The Afterparty, and the film Here Today among many other projects and reprised roles. 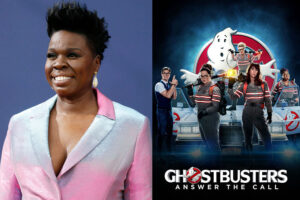 Annette “Leslie” Jones is an American comedian and actress. Jones was named one of the 100 most influential people in the world by Time magazine in 2017. She has been a featured performer at the Just for Laughs festival in Montreal and the Aspen Comedy Festival. Her work as a cast member and writer for Saturday Night Live propelled her career, leading to a nomination for a Primetime Emmy Award for Outstanding Supporting Actress in a Comedy Series and a starring role in the “Ghostbusters” sequel. Netflix signed Jones for a stand-up special slated for 2020.

Have a good laugh with these TOP5 Best Comedy Short Screenplay by diverse filmmakers!