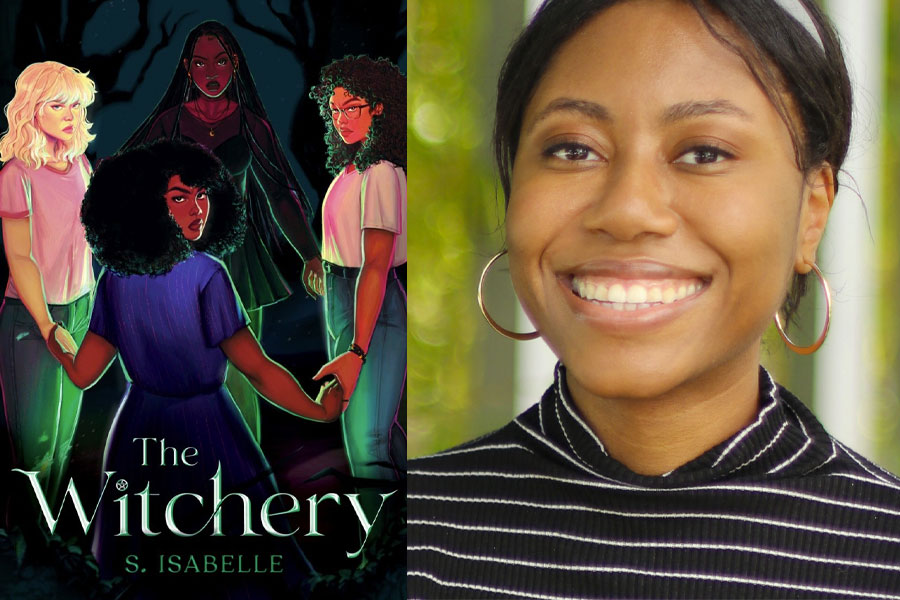 “Broken glass still sparkles when the light hits it. It might even look like diamonds or chandeliers’ jewels. It’s still ruined and in need of repair. Time will fix it, if you live free.” ― Vanessa Riley, Island Queen

Written By: Christine B.

The amount of great new books hitting shelves each month can be overwhelming, that’s why we’ve crafted this list of the five most exciting books by BIPOC authors coming out this July—no matter what genre you’re interested in. Whether you have it made in the shade or you’re braving the summer heat on the beach, these books are sure to sizzle.

Violet Made of Thorns by Gina Chen

Violet has clawed her way into the royal court as a prophet with her cleverly phrased—and not always true—divinations. It was the perfect position. Except Prince Cyrus is cursed, honest, and looking to put her out of a job by the end of the summer if she doesn’t do anything about it. The king is not above manipulating prophecy for his own ends, and Violet herself is a cynical, closed-off liar determined to protect herself at all costs. But when the king asks her to falsely prophesy Cyrus’s love story for an upcoming ball, Violet awakens a dreaded curse, one that will end in either damnation or salvation for the kingdom—all depending on the prince’s choice of future bride.

Gina Chen is a self-taught artist with a degree in computer science. She never considered herself a writer until she started churning out a few hundred thousands words while writing fanfiction. Her stories lean toward the fantastic, featuring heroines, antiheroines, and the kind of cleverness that brings trouble in its wake. 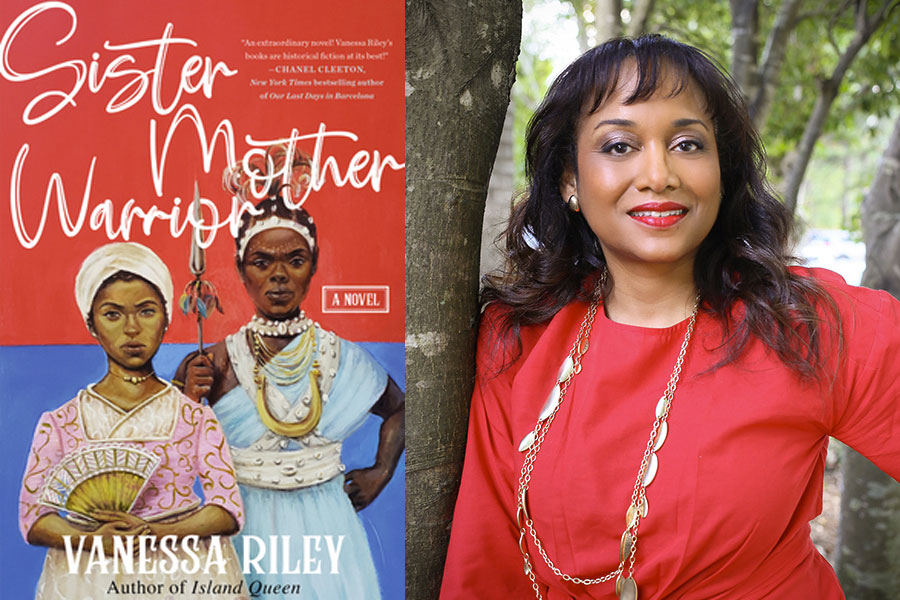 A sweeping novel of the Haitian Revolution based on the true-life stories of two extraordinary women: the first Empress of Haiti, Marie-Claire Bonheur, and Gran Toya, a West African-born warrior who helped lead the rebellion that drove out the French and freed the enslaved people of Haiti. Both an emotionally palpable love story and a detail-rich historical novel, Sister Mother Warrior tells the often-overlooked history of the most successful Black uprising in history.

Dauntless by Elisa A. Bonnin 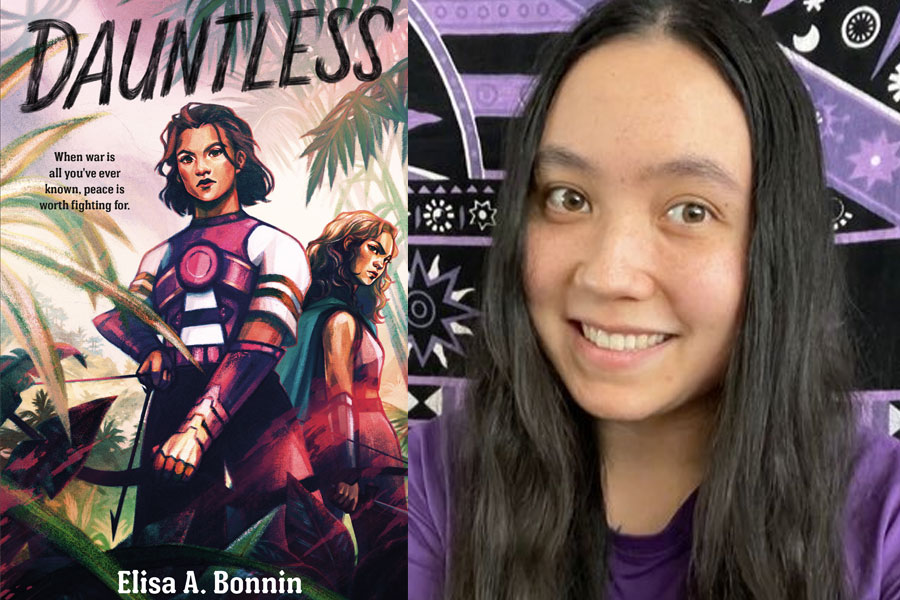 Seri has seen first-hand the struggle to keep the beasts at bay and ensure the safety of the spreading trees where the People make their homes. Her world was defined by very clear rules: The beasts prowl the forest paths and hunt the People. The valiant explore the unknown world, kill the beasts, and gain strength from the armor they make from them. That was how it always had been, and how it always would be. Until the day Seri encounters Tsana. Not only is Tsana an impossible stranger from another world, but she can also communicate with the beasts. Seri must bring together their two broken worlds in order to save her nation.

Elisa Bonnin is an author, freelance writer, scientist, and science communicator. She was born and raised in the Philippines, after which she moved to the United States to study chemistry and later oceanography. After completing her doctorate, she moved to Germany to work as a postdoctoral scientist.

Booked on a Feeling by Jayci Lee 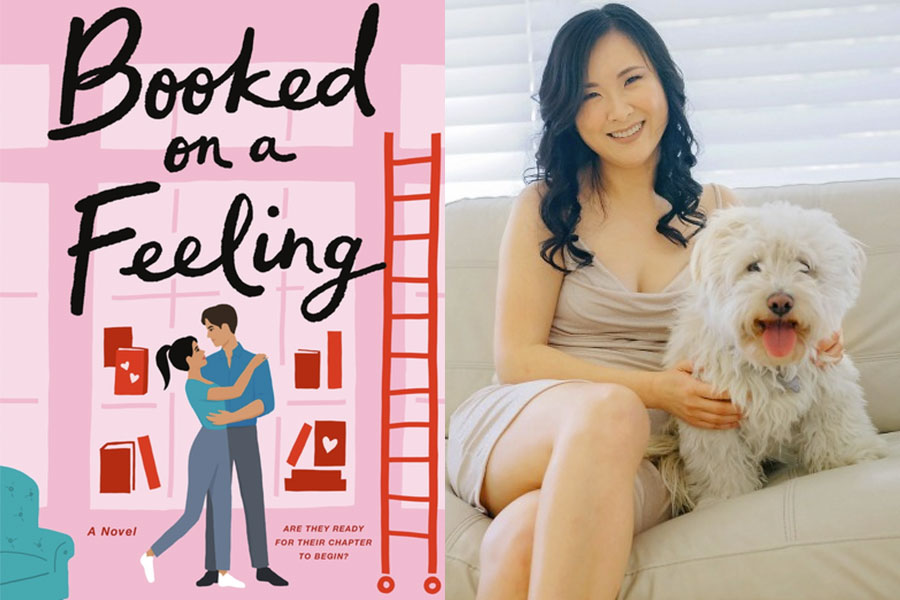 Lizzy is an overachieving lawyer in L.A. on track to make a partner after winning her first case. That is until she begins to have doubts that her dream career might be more of her mom’s dream than hers after passing out from a panic attack during a pivotal moment in her career. Blaming burnout, Lizzy escapes to Weldon, the small California town where she spent her childhood summers with her best friend, Jack Park. Jack Park didn’t expect to see Lizzy back in Weldon, but now he’s got three weeks to spend with the girl of his dreams. When Lizzy decides that the local bookstore she’s staying at needs a little revamp, Jack agrees to help even if it means balancing his busy work as a bookkeeper at his family’s brewery and hiding his decades-long crush on Lizzy.

Jayci Lee is a full-time romance author, and is semi-retired from her fifteen-year career as a defense litigator. She lives in California with her husband, two sons, and rescue dog.

The Witchery by Sophie Isabelle

Haelsford, Florida is cursed. Monstrous wolves descend upon the town in a yearly event called the Haunting. And that’s where Logan, a baby witch learning to control her powers, is going to start her new school year at Mesmortes Coven Academy. Luckily, she’s taken under the wing of the infamous Red Three, a trio of witches as powerful as they are secretive. Determined to break the town’s curse, the witches form an unusual and uneasy alliance with two non-magic boys to end the Wolves’ reign of terror once and for all. But the cost to break the curse may be great than any human or witch could pay.

Sophie Isabelle is a reader, writer, and hoarder of books. After earning a Master’s degree in library science, she took that love of reading to youth librarianship. Her short story “Break” was featured in the anthology Foreshadow: Stories to Celebrate the Magic of Reading & Writing YA.

The Witchery is her debut young adult novel.

Planning on publishing your first book? Check out these self-publishing companies!