The Literature of Janet Campbell Hale 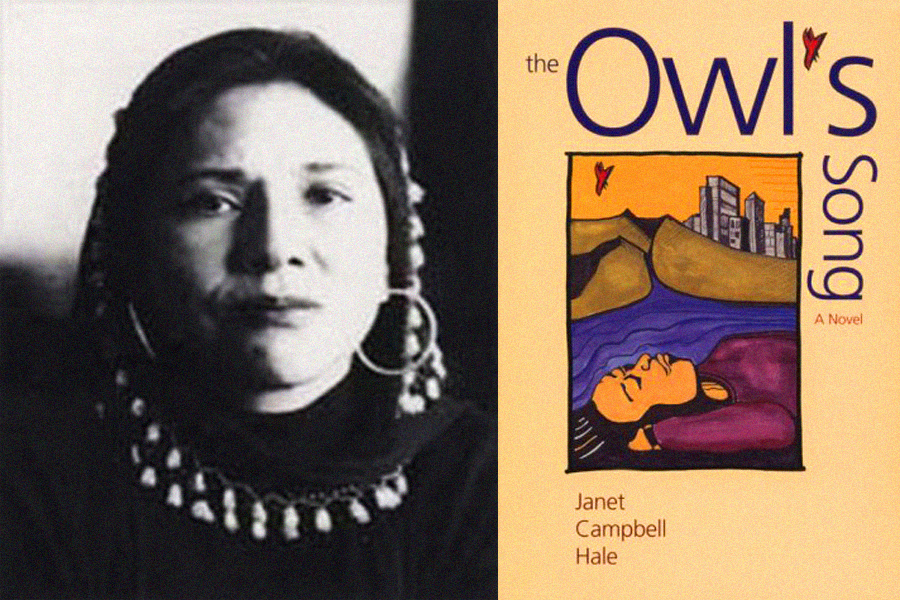 “Stories aren’t written as a series of intellectual decisions. It is an intuitive sort of thing. Fiction comes from the deeper, darker places in the writer’s soul, the same places and dreams come from…”

The Literature of Janet Campbell Hale

The youngest daughter of a full-blooded Coeur D’Alene father and a mother of Kootenay, Cree and Irish descent, Janet often moved around with her mother to avoid her violent, alcoholic father. Her mother was verbally abusive and made it clear she saw Janet as different and strange. Combined with the constant uprooting, Janet fell into writing as a means of refuge from an unsupportive family.

By 23 she had completed her first book, The Owl’s Song. Featuring a teenager named Billy White Hawk, she draws from her personal experiences as a child from an abusive household. Billy eventually makes his way away from the Idaho reservation and attends school in California. The Owl’s Song is a tale of a young boy’s journey to manhood and has received much acclaim as a milestone of contemporary literature.

Her books The Jailing of Cecelia Capture (1985) and Bloodlines: Odyssey of a Native Daughter (1993) follow Hale’s theme of capture. How people grow and change from both literal and figurative capture are explored in her work.

With Bloodlines, she tells more of her personal story. She spends the six chapters of her 1993 novel recounting her difficult childhood and spends a significant amount of word space telling various stories from her more recent past. Hale appears to make peace with (or at least accepts) the faults of her parents.

One chapter is solely dedicated to her ancestor Dr. John McLoughlin. Considered the Father of Oregon, McLoughlin faced ridicule for marrying a Native American woman. Hale’s mother used this bit of heritage to give her an identity crisis. She insisted to her daughter that only her Irish ancestry was worthy of pride thus making Hale’s Native lineage seem shameful.

Hale focuses on Native American identity as well as poverty, abuse, and the state of women in most of her work. Given her background, it is clear why these issues would matter the most to her. Her Native heritage is especially important to her. She held a teaching position at Northwest Indian College and presently resides on the Coeur d’Alene Reservation in De Smet, Idaho.

Janet Campbell Hale is undoubtedly one of the most important women authors and authors of color of our generation. She has influenced many Native and Women writers and culturists to embrace and celebrate their heritage.

Want to know more writers? Check out this article about Walter Mosley!