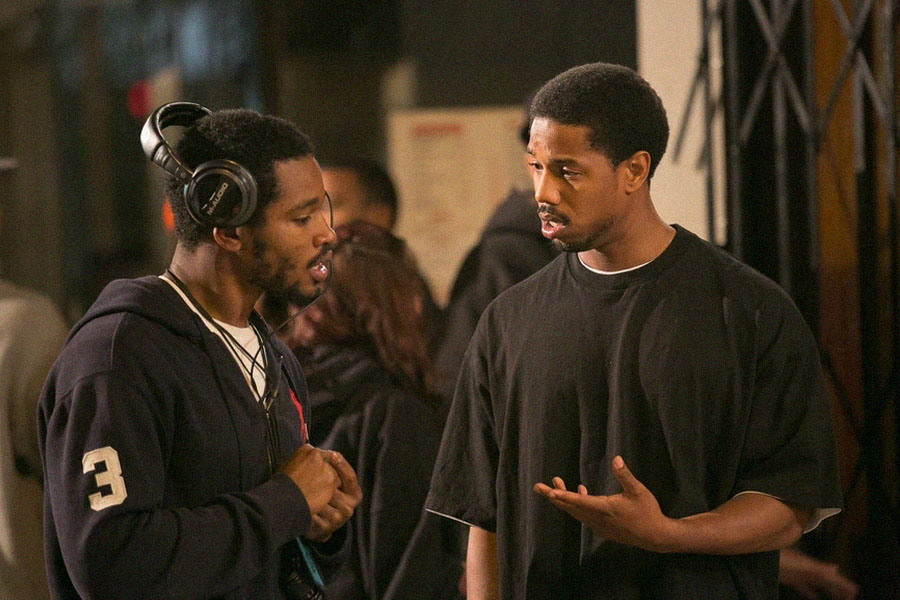 “To recognize yourself in a character onscreen, and to connect with them, you gotta recognize their flaws; they gotta feel like a real person.” ― Ryan Coogler

Ryan Coogler is a film director, producer, and screenwriter. He is best known for his work on Black Panther, Creed, and Fruitvale Station. In 2018, Coogler was named the runner-up of Time’s Person of the Year and he was included in the annual Time 100 list of the most influential people in the world. His work has been hailed by critics for centering on often overlooked cultures and characters—most notably African Americans. While Coogler’s films have landed multiple Oscar nominations, Coogler himself has turned down the Academy invitation in 2016 after the critical and box office success of Creed.

Coogler attended Saint Mary’s College of California in Moraga, California on a football scholarship as a redshirt wide receiver his college freshman semester, intending to major in chemistry. After taking a mandatory creative writing course, Coogler found a second passion in screenwriting with the support of his teachers. He transferred to Sacramento State after Saint Mary’s cancelled its football program. While there, he obtained a bachelor’s degree in finance and also took as many film classes as he could fit in with the rigors of college football. Following graduation, he was accepted into the highly competitive three-year master’s program at the USC School of Cinematic Arts, where he made a series of short films. Of these four short films, three were nominated for a number of awards, two of which were won.

Coogler’s first feature-length film, Fruitvale Station, premiered at the 2013 Sundance Film Festival. Fruitvale Station tells the story of the last 24 hours of the life of Oscar Grant, who was shot to death by a police officer at Oakland’s Fruitvale BART station on January 1, 2009. The film won the top audience and grand jury awards at the Sundance Festival, beginning Coogler’s rapid rise to critical acclaim.

“I wanted to tell epic stories, stories that felt big and fantastic, I liked that feeling as an audience remember when it felt like I went on a flight and felt out of breath and I couldn’t stop thinking about it days later.”

He joined the Marvel Cinematic Universe in 2016 when he signed on to co-write and direct Black Panther, making him the youngest Marvel Studios filmmaker. The film was an overwhelming success, accumulating $242 million domestically and $184.6 million internationally in its opening weekend.  It was the fifth largest opening weekend box-office result of all-time as well as the second-highest four-day gross in history. The film has broken box office records, outranked all other superhero movies on Rotten Tomatoes and scored an A+ grade from audiences polled by CinemaScore. It eventually became the highest-grossing film in history directed by an African American. 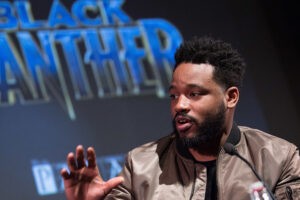 When not working on his next film, Coogler is giving back to the community. Following in his father’s footsteps, he’s worked as a counselor with incarcerated youth at San Francisco’s Juvenile Hall since he was 21. Coogler is also a founding member and supporter of the Blackout For Human Rights campaign, which is committed to addressing racial and human rights violations happening throughout the United States. Coogler also founded multimedia company Proximity Media to create event-driven content across various platforms along with Zinzi Coogler, and Sev Ohanian.

Despite his career success, Coogler doesn’t show any signs of slowing down. In February 2021, Coogler’s production company Proximity Media signed an exclusive five-year deal with Disney to produce content for them, which includes a Disney+ television series based in Black Panther’s home country of Wakanda. He is also working on a sequel to Black Panther titled Black Panther: Wakanda Forever, scheduled for release on November 11, 2022.

Get to know more screenwriters of color, Janicza Bravo: Writer and Producer for ‘Zola’