“Also, I don’t think I’m in the minority here—but when 2020 started, I was like, “This is my year.” I was just ready for all this light to shine down on me. I put in my 10,000 hours, I was on my Malcolm Gladwell journey.” — Janicza Bravo, What was holding you back?

Janicza Bravo is an American film director, film producer, and screenwriter. She has mounted plays in New York, Los Angeles, and Madrid. She is the voice behind many short films, including “Woman of the Year,” “Lemon,” and “Hell in the Afternoon,” among many others. She has also directed episodes of “Atlanta” and “Dear White People.” 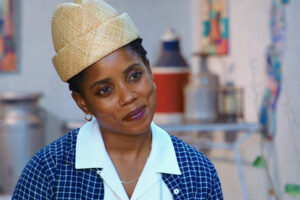 Though Bravo was born in New York City, she grew up between Colón and an Army base in Panama City. She spent time going back and forth between the United States and Panama throughout her childhood. When she was 12, her family moved to Crown Heights, Brooklyn.

Bravo attended the Playwrights Horizons Theater School of the New York University Tisch School of the Arts where she majored in directing and design for theater, which included costume and set design. After college, she moved to Los Angeles and worked as a stylist and wardrobe designer. While there, Bravo produced small theater productions before she was approached by a cinematographer who offered her assistance with filmmaking. 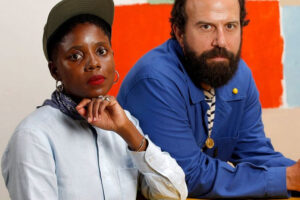 Bravo got her to start writing and directing a series of short films. Her first film, “Eat,” debuted at the 2011 SXSW Film Festival and was picked up by Vice. Her second film, the 2013 dark comedy named “Gregory Go Boom,” won the short-film jury award at the Sundance Film Festival and featured Michael Cera. Her first feature was an independent film called Lemon, which she co-wrote with her then-husband Brett Gelman. The film stars Gelman, Michael Cera, and Judy Greer, and includes performances by Nia Long, Fred Melamed, Shiri Appleby, Rhea Perlman, Marla Gibbs, and many more. After a somewhat turbulent pre-production process, the film was picked up by Killer Films and Burn Later Productions and premiered at Sundance in 2017. In addition to creating her own work, Bravo directed season 1 episode 9, “Juneteenth”, of the FX television show Atlanta, which stars and was created by Donald Glover.

Her most recent film, “Zola” premiered at Sundance in January of 2020 but was waylaid from its theatrical release due to the COVID-19 pandemic. The movie is the first of its kind, based on an infamous, ingenious 2015 tweet thread from A’Ziah “Zola” King that details a mostly true, half-funny, half-haunting tale about King’s spontaneous trip to the bowels of the Floridian exotic-dancing scene with a woman named Jessica, who ultimately tried to lure Zola into a messy web of deceit, violence, and sex-trafficking. Bravo, who co-wrote the film’s script with Tony-nominated writer and close friend Jeremy O. Harris, fought hard for a chance to direct the movie, finally getting tapped by A24 to bring Zola’s story to the screen after a previous version helmed by James Franco fell apart. It’s a darkly comedic film about friendship, race, class, trauma, and the art of storytelling itself. The film is set to release in theaters June 30th.