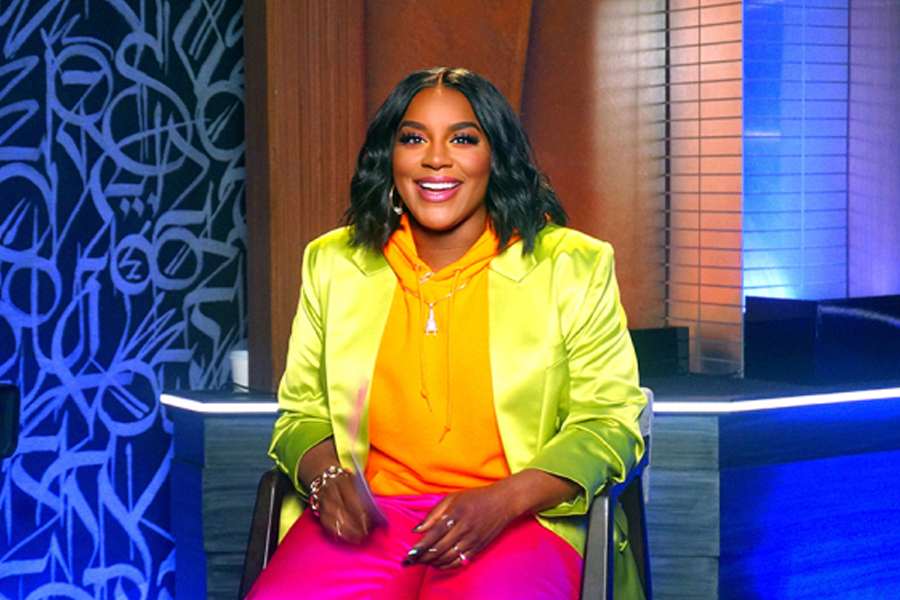 Ester Dean is a powerhouse of a woman. Not only has she worked with and written for huge stars like Beyonce and Christina Aguilera, but she has written and performed songs for blockbuster movies, like Ice Age: Continental Drift and Rio.

What do Nicki Minaj’s “Super Bass,” Rihanna’s “Rude Boy,” and Katy Perry’s “Firework” have in common? Besides charting at number one in the U.S., they all have the songwriting capabilities of Ester Dean behind them.

With movies, songs, Grammy Award nominations, and a TV songwriting competition Songland under her belt, Ester Dean is a force to be reckoned with. Described by music journalist John Seabrook as “The Song Machine,” Dean has been making waves in the music industry since her outbreak in 2009.

Her grassroots story is reminiscent of any movie about a musician trying to make it. At twenty years old, she left her home in Tulsa, Oklahoma with only $500 in her pocket and a dream of breaking into the music industry. In 2006, she was discovered by music producer Tricky Stewart while she was singing in the audience at a concert, and her journey in the music industry commenced.

After learning as much as she could from Stewart and the smaller label she had signed to, she relocated to Los Angeles. In 2009 she dropped her first single “Drop It Low” with Interscope Records. It peaked at number 38 on the Billboard Top 100.

Dean has had talent for as long as she can remember—back in Oklahoma, everyone told her she had an incredible voice. She cold-called recording studios in her hometown and offered her services and talent. When she moved to Atlanta she did the same thing, doing anything she could to break into the music industry—while working long shifts at a hospital. This hard work brought her to Los Angeles, where she wrote for Cassie, Ciara, The Pussycat Dolls, Jesse McCartney, Florence + the Machine, and other huge stars.

Ester Dean is an outlier in Los Angeles—she doesn’t smoke or drink. The songs she writes for artists like Rihanna and Britney Spears allow her to explore the “bad girl” side of herself. As she writes songs, she is able to find a voice that the artist she is writing for can embody. When it comes to writing the perfect hook, Dean allows anything to inspire her. When she hears short, catchy phrases from magazines and television, she writes them down. She melds these phrases so that they fit into the song, adjusting them as needed to match the song’s energy.

Dean’s process is intense and energetic. The producers play a melody for her, and she goes into the studio with a few phrases in mind. She belts out random lyrics and random combinations of words and sounds (re: the “boom, badoom, boom” that was so prominent and catchy in “Super Bass”) until they fit the color and emotion of the song.

Ester Dean is a powerhouse of a woman. Not only has she worked with and written for huge stars like Beyonce and Christina Aguilera, but she has written and performed songs for blockbuster movies, like Ice Age: Continental Drift and Rio. She voiced a character in Ice Age and played a cappella singer Cynthia Rose in all three Pitch Perfect movies. Also, through Interscope Records, Dean released nine singles and a studio album of her own. She is a phenomenal example of determination resulting in success in the music industry, even when things may seem bleak.

Want to know more amazing songwriters? Check this out!