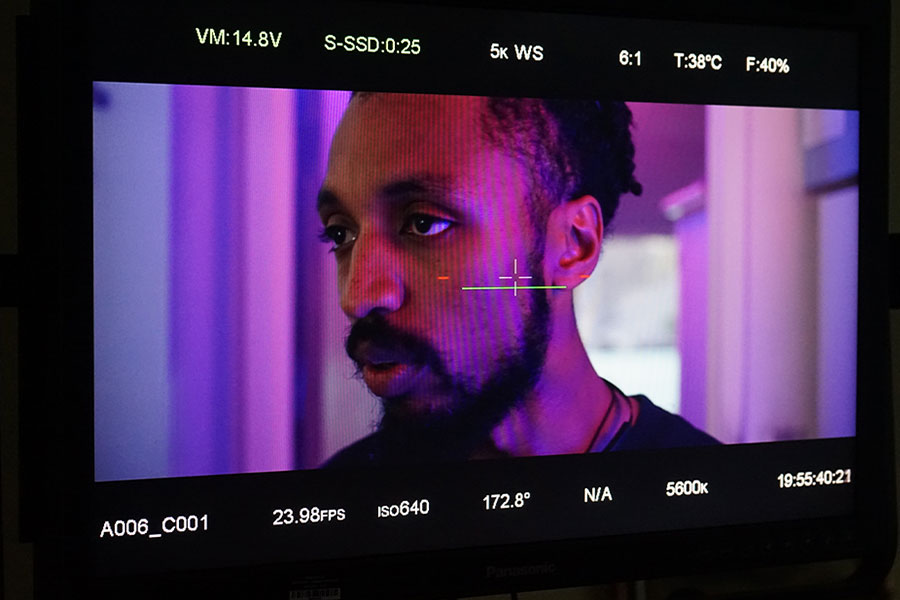 “Write your true and authentic stories and put them out there in any and every way you can. The industry is thirsty for new, fresh and unique material and your stories effortlessly fall in that category.”

Lexx Truss is an LA-based writer, director, and producer from Greensboro, North Carolina. In 2015, he graduated from Point Park University’s Cinema & Digital Arts program in Pittsburgh and then participated in the Cannes Short Film Corner with a film he produced in The Creative Mind Group’s “We Made It In Toronto” Filmmaker Institute program at TIFF. Afterwards, he freelanced on various productions while steadily working on his craft. In 2018, he was selected as a winner of the Shore Scripts Logline Contest for his comedy short, A Kid Named Leslie, and was recently declared the Grand Prize Winner of the 2019 Emerge! Filmmaking Lab through Little Ugly, Ghetto Film School, Vimeo, and Dolby for his short psychological thriller, Zarina. We had a chance to get to know him and asked him a few questions:

Was there a film or writer that influenced you to pursue filmmaking? 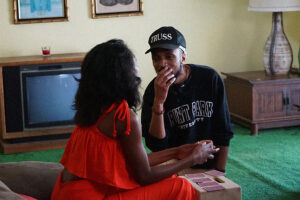 My mother introduced me to John Singleton by showing me Boyz N’ the Hood at age 7. I was aware that she had seen it long before we had watched, which is why I was a bit puzzled yet amazed by the fact that it brought her to tears by the end… Once again. I would ponder things like “how is that level of emotion able to come out of a human being from something they’ve experienced before?” And,  “Like, how could that type of emotional response be on repeat over time?” That’s when I truly began to understand the power of that little black box that sat in our apartment living room. I continued to study John’s life and filmmaking by following his career one DVD at a time; one director’s commentary at a time— all at numerous times though. The fact that he was nominated for Best Original Screenplay and Best Director for his first film at age 24 was extremely inspiring to me as a young Black male and simply gave me affirmation towards my own filmmaking dreams and endeavors. Salute to John. I wouldn’t be a filmmaker without him or my mother.

At some point, did you feel like you failed as a writer? What helped you get back on track?

(Laughs) Oh yeah. I set out to make an independent TV pilot my senior year of college. It was written by a couple buddies and myself and was adapted from a comedy short I wrote and directed my junior year. We wrote like 8 drafts of it and thought it was the best thing ever… Let’s just say by the end of it all, I didn’t end up writing or directing again until 2-3 years later. The finished product didn’t turn out the way I hoped and I became really discouraged; especially as a director. I wasn’t pressed to really direct again unless it was something deeply personal and special to me — which brings me to a short script I eventually wrote when I first made the move to LA called A Kid Name Leslie, a dark, coming of age comedy based on one of my childhood experiences. To this day, it remains unproduced, but it led to a lot of connections I’ve gained in the industry and has been well received and admired by other writers I admire. This essentially brought me back and reassured the gifted storyteller I truly am.

Are you working on other projects now or branching out of other forms of writing? 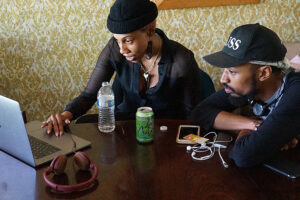 Yeah, the work/writing never really stops, however it does take me quite a while to execute at times (laughs). I’m currently in development of another short form comedy that’s based off of a buddy of mine’s experience from our college daze. I’ve also been adapting A Kid Named Leslie into a half hour comedy pilot, along with an adult animated comedy concept as well. I’m currently in the middle of drafts for both projects. At the same time, I hold a full-time position as a writer/producer for Daily Content at ATTN:, producing a few short form docu-style videos on a weekly basis. It’s more in the world of journalism, so definitely another form of writing for me.

What advice can you give emerging writers, especially BIPOC writers given the growth of the film & TV industry due to changes in the way people watch content?

This is definitely an unashamed rip from Nike, but “Just do it”. Like, truly. Write your true and authentic stories and put them out there in any and every way you can. The industry is thirsty for new, fresh and unique material and your stories effortlessly fall in that category. Do what you have to do. Submit to every competition you can find. Produce your own material and self-distribute online. Apply for diverse writing programs; any writing program really. All of the above. Again, “JUST DO IT” — salute to Nike.

Yes — to stay alive and remain a creator and positive contributor to the culture. New things to come and more life goals to accomplish for sure.

Check out our interview with emerging comedy screenwriter Michel Lichand!