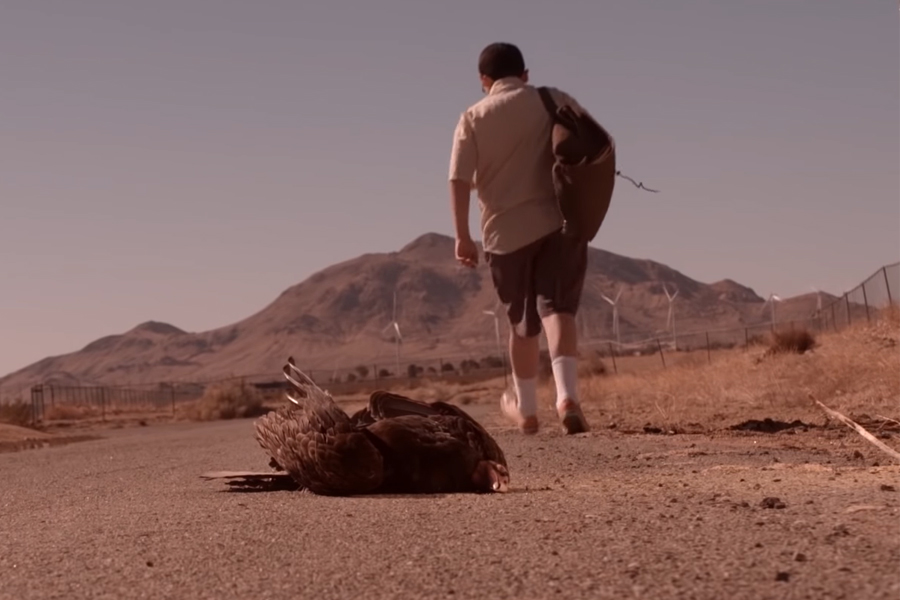 “Beautiful is the man who leaves a legacy that of shared love and life. It is he who transfers meaning, assigns significance and conveys in his loving touch the fine art and gentle shaping of a life. This man shall be called, Father.”
― Stella Payton

Short films have the spellbinding ability to explore complex topics in only a few short minutes. Father’s Day is the time to reflect on fatherhood and paternal bonds of all sorts. These 5 short films have captured the various complex bonds between father and child, making them a must-see for father’s day.

What started as a Kickstarter campaign in 2017, Hair Love took the film world by storm, winning the Best Animated Short Film at the 92nd Academy Awards. Hair Love was written and directed by Matthew A. Cherry and co-produced with Karen Rupert Toliver. The 7 minute animated short film features the heart-warming relationship between an African-American father, Stephen, his daughter, Zuri, and her hair which Stephen tries to do for the first time. After much acclaim, the film was released as a children’s book in 2019 with illustrations by Vashti Harrison. HBO Max is set to make the short a series titled “Young Love” in 2021.

Matthew A. Cherry is an American film director, writer, producer, and former American football player. After retiring from football in 2007, Cherry began his career in film as a production assistant directing music videos. Cherry wrote and directed his first film, The Last Fall, in 2012 and won Best Screenplay at the American Black Film Festival.

Bruce W. Smith is an American character animator, film director, and television producer. His prolific portfolio includes Tarzan, The Emperor’s New Groove, and Space Jam, among others. He is best known as the creator of Disney Channel’s The Proud Family.

Devastating and deeply moving, Will is a 9/11 story that’s as heartbreaking as it is beautiful. This short is about a girl who struggles to move on from her father’s death in 9/11. At its core, Will is an emotional story exploring the relationship between a parent and child. As she plays with her yo-yo, she imagines pulling back the hours of that day until she can be wrapped up safe in her father’s arms again.

Eusong Lee is an LA-based director and an art director actively working in the animation industry. He studied at CalArts, graduating with the creation of Will that went on to win a Student Silver Oscar. Eusong is currently working as a color script artist and an assistant art director at Disney TVA, The Owl House.

In only 12 minutes, Guests tackle two devastating narratives: cancer and bullying. Charlie’s family moves to a warmer climate for his father’s health. But Charlie is forced to grow up quickly as he battles between thoughts of losing his father and facing a vicious school bully. The film was produced by James Franco and stars Modern Family’s Rico Rodriguez and actor Matthew Modine.

Mark Columbus is a writer, director, and editor. His films played at the 2014 Telluride Film Festival, Los Angeles Film Festival, International Documentary Film Festival of Amsterdam (IDFA), Rooftop Summer Series, Palm Springs Shortsfest, and Vimeo Staff Picks. He directs and edits for clients such as Buzzfeed, Blizzard, and Disney – and is currently in post-production on his first feature, Return of the Jazz Guitarist.

In the confusing stages of puberty, Milo has been experimenting with different outlets for his angst and budding sexuality. But when Milo’s worn-out and irritable father discovers his son’s newfound dark interests, he takes his son’s punishment too far. Disgrace explores the way in which children are conditioned through their family, patriarchal violence, and the dangerous ways masculinity be twisted into a crutch for insecurity.

J. Casey Modderno is a Los Angeles-based writer-director of films, TV/ new media, and music videos. Modderno is known for Pet Rituals, Echoes and Devotion, as well as being the sole writer on all fourteen episodes of the Facebook Watch horror series, The Birch.

Future Hero is a bite-sized comedic time-traveling superhero short. In the film, a father and son work out the wrinkles in their relationship while fighting a time-traveling killer robot. The film was initially an exclusive on Stan Lee’s World of Heroes YouTube channel but is now available to stream on Vimeo.

Ramin Serry is a writer and director behind two critically-acclaimed films, Maryam and Loveless. Serry has taught screenwriting at Columbia University, Sarah Lawrence College, The University of Georgia, The Feirstein Graduate School of Cinema, and Hunter College.