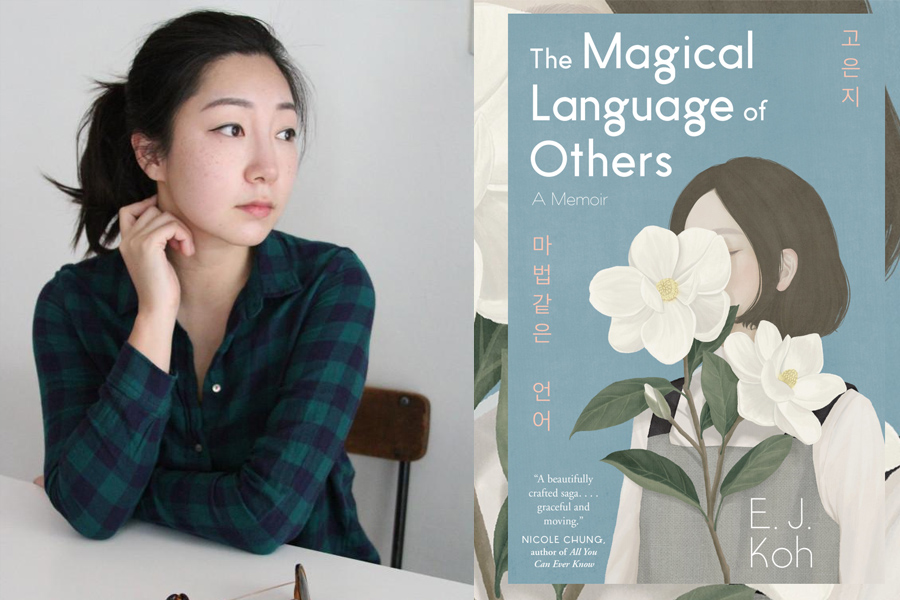 “They say a person has so unique a set of meanings we ought to be incapable of understanding each other, yet we speak and teach as if by magic.”
― E.J. Koh, The Magical Language of Others

Memoirs tell the story of one individual, but the best ones are able to transcend one person’s experience to resonate with readers from all walks of life. Sometimes these stories are hilarious, heartbreaking, horrifying, or a combination of all three. Exploring issues both foreign and familiar, here are the top 5 memoirs by BIPOC authors.

The Magical Language Of Others
By E.J. Koh 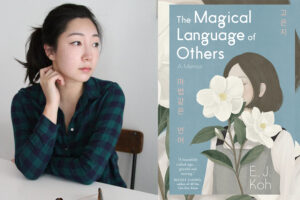 Overnight, Eun Ji finds herself abandoned and adrift in a world made strange by her mother’s absence. After living in America for over a decade, Eun Ji Koh’s parents return to South Korea for work, leaving fifteen-year-old Eun Ji and her brother behind in California. Over the years, her mother writes letters in Korean seeking forgiveness and love—letters Eun Ji cannot fully understand until she finds them years later hidden in a box. The Magical Language of Others weaves a profound tale of hard-won selfhood and our deep bonds to family, place, and language through a series of powerful and aching letters.

J. Koh is the author of the poetry collection A Lesser Love, winner of the Pleiades Press Editors Prize. Her poems, translations, and stories have appeared in Boston Review, Los Angeles Review of Books, and World Literature Today, among others. She earned her MFA in Literary Translation and Creative Writing from Columbia University and is completing the Ph.D. program at the University of Washington in Seattle. She is a recipient of MacDowell and Kundiman fellowships. 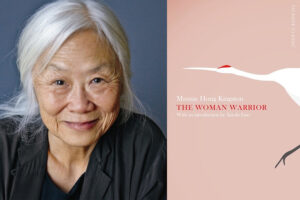 Mixing together myth and memoir, fantasy and fact, Kingston reflects on her childhood, the lives of her mother and aunts, and her awakening as a writer. Kingston blends dreamy imagery from Chinese folklore with grounded reminiscences of her upbringing as a second-generation Chinese American in circa-1950s California. Divided into five episodes, Kingston’s memoir is a deeply personal commentary on womanhood, culture, folklore, and the struggle of breaking free from what keeps you chained and gagged.

Maxine Hong Kingston was born Maxine Ting Ting Hong on October 27, 1940, in Stockton, California, to first-generation Chinese immigrants, Tom and Ying Lan Hong. She was the third of eight children and the eldest of six children born in the United States. Among her works are The Woman Warrior (1976), awarded the National Book Critics Circle Award for Nonfiction, and China Men (1980), which was awarded the 1981 National Book Award. She is a Professor Emerita at the University of California, Berkeley, where she graduated with a BA in English in 1962. 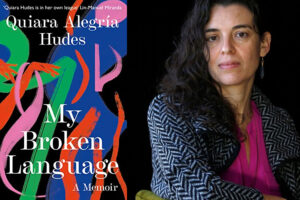 Hudes has lived a life on the divide being both white and Puerto Rican, speaking English and Spanish, attending Quaker meetings and witnessing Santeria at home. She is able to fit in everywhere yet not fully fit anywhere. She learns and uses languages, English and Spanish but also the language of music studying music composition at Yale, languages of religion to understand her world. Weaving together Hudes’s love of books with the stories of her family, the lessons of North Philly with those of Yale, this is an inspired exploration of home, memory, and belonging—narrated by an obsessed girl who fought to become an artist so she could capture the world she loved in all its wild and delicate beauty.

Quiara Alegría Hudes is the Pulitzer Prize-winning playwright of Water by the Spoonful. She wrote the book for the Tony-winning Broadway musical In the Heights and later adapted it for the screen. Her notable essays include High Tide of Heartbreak in American Theatre magazine and Corey Couldn’t Take It Anymore in The Cut. As a prison reform activist, Hudes and her cousin founded Emancipated Stories, a platform where people behind bars can share one page of their life stories with the world. She lives with her family in New York but frequently returns to her native Philly.

The Ugly Cry
By Danielle Henderson 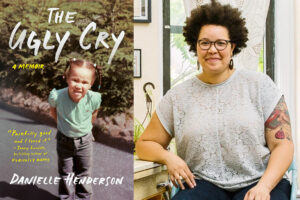 Comedian, writer and podcaster Danielle Henderson used her talented and original voice to tell the story of being abandoned by her mother at the tender age of 10 and subsequently being raised by her grandparents. In a series of intimate and highly entertaining stories, she shares her outrageous childhood adventures growing up as a latchkey child of the 80’s- skewering the overly-permissive parenting style of the time as well as recounting her experiences being a Black girl in a mostly white town. Under the eye-rolling, foul-mouthed, loving tutelage of her uncompromising grandmother—and the horror movies she obsessively watched—Danielle grew into a tall, awkward, Sassy-loving teenager who wore black eyeliner as lipstick and was struggling with the aftermath of her mother’s choices. Over the backdrop of a turbulent childhood, The Ugly Cry is honest and full of larger-than-life characters and anecdotes that’ll either break your heart or make you laugh out loud.

Danielle Henderson is a TV writer for Maniac, Dare Me, and Harper House. She is a retired freelance writer and a former editor for Rookie. She co-hosts the film podcast I Saw What You Did, and a book based on her popular website, Feminist Ryan Gosling, was released by Running Press in August 2012. 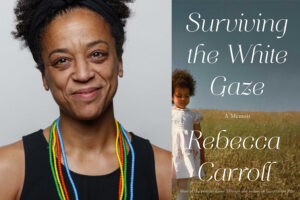 Surviving the White Gaze tells the compelling story of Rebecca Carrol being a biracial Black child adopted by White hippy parents and coming of age in a predominantly White New England community. She starts off in life feeling loved and cherished, but as she grows more aware of her surroundings and herself–and as her adoptive family tries to meet her needs–her life goes wildly into realms that most of us can’t even imagine. Rebecca, however, continues to grow into a brave young woman searching for her true self, while learning how to embrace her Blackness after years of being drowned by whiteness.

Rebecca is a writer, creative consultant, editor-at-large, and host of the podcast Come Through with Rebecca Carroll: 15 Essential Conversations about Race in a Pivotal Year for America (WNYC Studios). She was a cultural critic at WNYC and a critic-at-large for the Los Angeles Times. Her writing has been published widely, and she’s the author of several books about race in America, including the award-winning Sugar in the Raw: Voices of Young Black Girls in America. Her memoir, Surviving the White Gaze (Simon & Schuster, Feb 2021), has been optioned by MGM Studios and Killer Films with Rebecca attached to adapt for TV.