TOP5 Most Anticipated Books by BIPOC Authors for March 2022 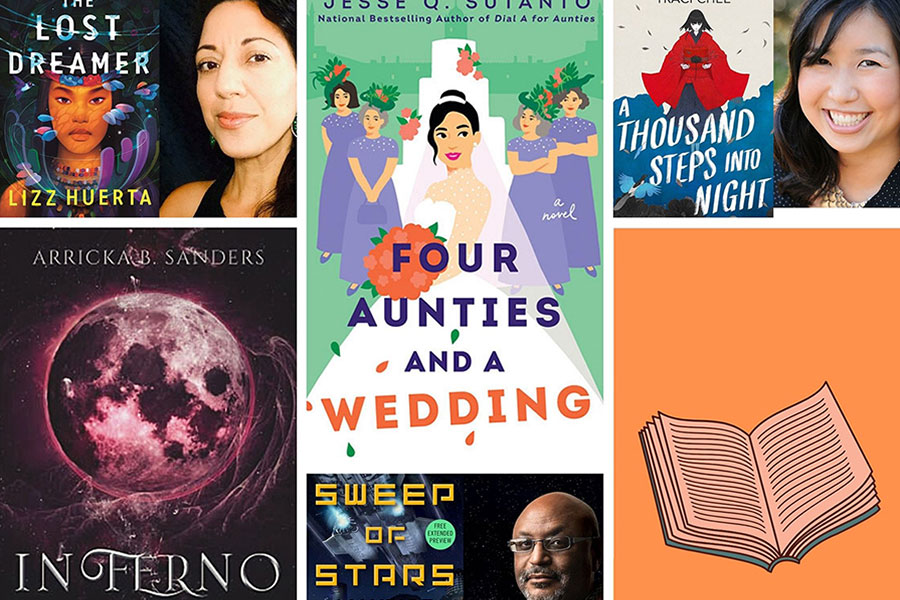 “Life’s not fair, but she doesn’t need it to be fair, because she can take anything life throws at her, and she won’t break.” ― Traci Chee, We Are Not Free

TOP5 Most Anticipated Reads by BIPOC Authors for March 2022

From comedic mysteries to thrilling fantasies, there’s an abundance of great reads springing up in March. Featuring debut authors and veteran writers alike, here are 5 of the most anticipated new releases from BIPOC authors this month.

Four Aunties and a Wedding (Aunties, #2)
by Jesse Q. Sutanto

The Aunties are back in this hilarious sequel to Dial A for Aunties. Meddy is finally getting married to her college sweetheart Nathan. And while wedding planning can be totally overwhelming, Meddy feels in good hands after finding the seemingly perfect wedding vendors: a Chinese-Indonesian family-run company just like theirs. But after overhearing a suspicious phone conversation, Meddy starts to worry that the vendors might actually be a mafia family. Now Meddy and her family have to do their best to stop what seems to be an assassination in the middle of her wedding. What follows is unadulterated hilarity.

Jesse Q. Sutanto is the author of adult, YA, and children’s middle-grade books. She has a master’s degree in creative writing from Oxford University. Her adult books include Dial A for Aunties and its sequel, Four Aunties and a Wedding. The film rights to her women’s fiction, Dial A for Aunties, was bought by Netflix in a competitive bidding war. Her YA books include The Obsession, The New Girl, and her upcoming romcom, Well, That Was Unexpected.

I used to pride myself on having thick skin. I’d tell my readers that I wanted “brutal honesty”, and I could take all the punches they threw my way. That was me the first…four to five years or so of my writing journey, and hey, that’s great! But as the

A Thousand Steps Into Night
by Traci Chee 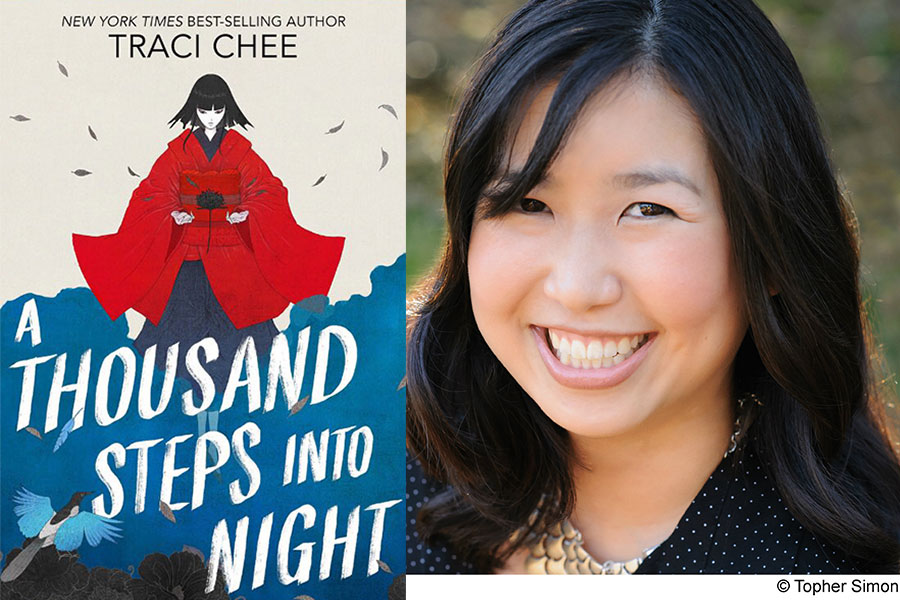 A Thousand Steps into Night by Traci Chee is an original YA fantasy set in a Japanese and Asian-inspired world named Awara. Miuko is an ordinary girl resigned to a safe, if uneventful, existence as an innkeeper’s daughter. But when Miuko is cursed and begins to transform into a demon, she embarks on a quest to reverse the curse and return to her normal life. Along the way, Miuko outwits tricksters, evades demon hunters, and develops an unlikely alliance. But with her growing curse comes power and freedom she never even dreamed of, and she’ll have to decide if saving her soul is worth trying to cram herself back into an ordinary life that no longer fits her.

Traci Chee is a New York Times best-selling author and National Book Award Finalist best known for the Sea of Ink and Gold trilogy, and We Are Not Free. She studied literature and creative writing at UC Santa Cruz and earned a master of arts degree from San Francisco State University. Chee is fourth-generation Japanese American and resides in California where she grew up.

Sweep of Stars
by Maurice Broaddus 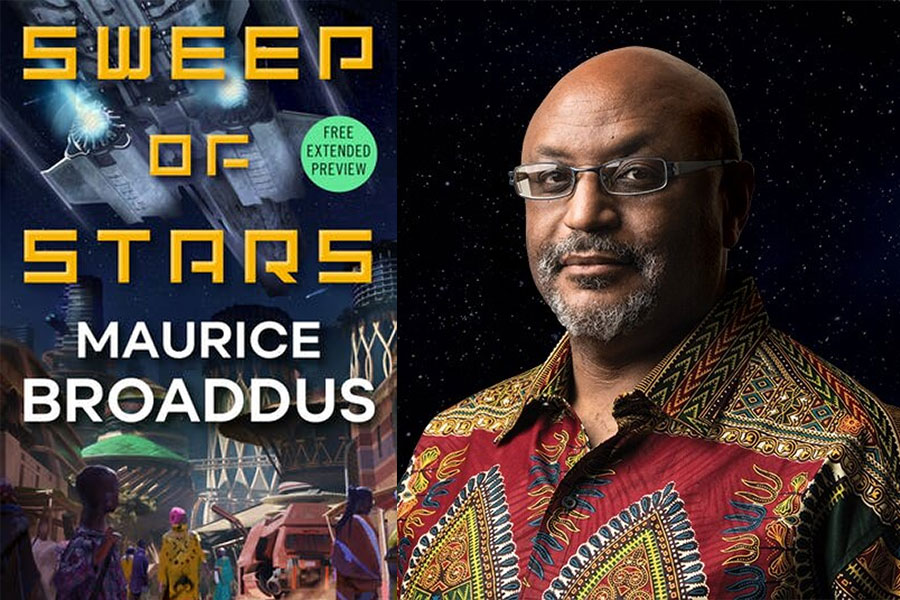 f Stars is the first in a trilogy that explores the struggles of an empire. After splitting away from old earth and its endless wars, the Muungano empire struggled to form its own utopia. With the wisdom of their ancestors, the leadership of their elders, the power and vision of their scientists and warriors they charted a course to a better future. But as they begin to craft their future, the old powers have set new plots in motion that could destroy everything they’ve built.

Maurice Broaddus is an author who has published fiction across a number of genres including young adult, horror, fantasy and science fiction. His novels include the urban fantasy trilogy, The Knights of Breton Court, the steampunk novel, Pimp My Airship, and the middle grade detective novel series, The Usual Suspects. As an editor, he’s worked on Dark Faith, Fireside Magazine, and Apex Magazine. His gaming work includes writing for the Marvel Super-Heroes, Leverage, and Firefly role-playing games as well as working as a consultant on Watch Dogs 2.

The Lost Dreamer
by Lizz Huerta 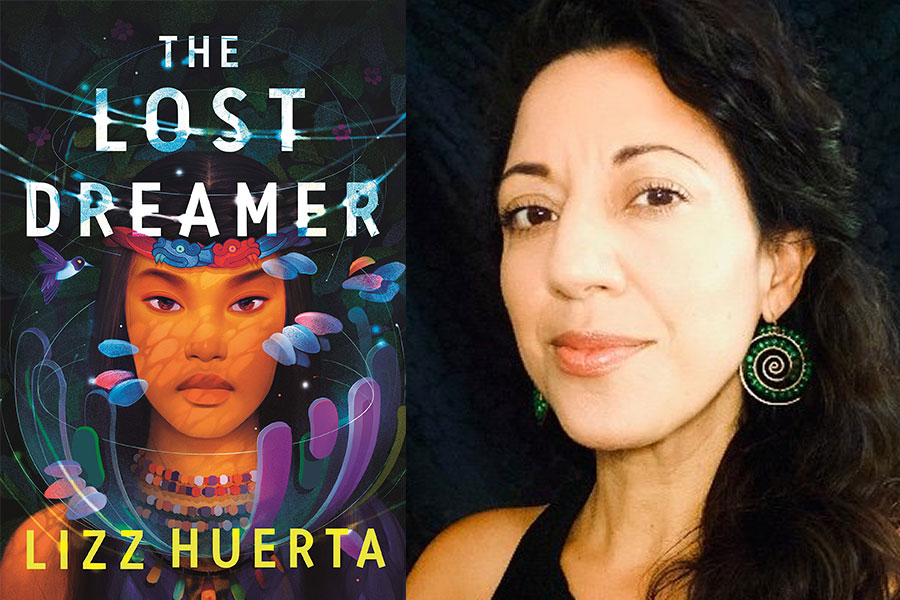 Indir is one of the sacred dreamers of Alcanzeh who prophesies via the mystical world of The Dream. When the king dies, his son Alcan, who was once traded to a neighboring nation as part of a peace treaty, returns to claim the throne. Alcan is vengeful and desperate to strip away the traditions of his people, and Indir’s world is thrown into chaos. Meanwhile, Saya can enter the Dream but cannot fully access it the way Dreamers can. Saya lives under the thumb of her mother, who publicly claims Saya’s power as her own. When Saya loses the protective charm she’s worn since birth, she discovers her life is not what it seems and sets out into the world to find the truth.

Lizz Huerta is a Mexi-Rican writer from San Diego, CA. Her work has appeared in The Cut, the Rumpus, A People’s Future of the United States, Miami Rail and other publications. Her first novel, “The Lost Dreamer” will be published by FSG Books for Young Readers Winter 2022.

I’m so glad you connected with the book! 🥰🥰🥰 #thelostdreaner is out in less than a week!! Preorder and enter the Dream! https://t.co/t0ARuYStxq 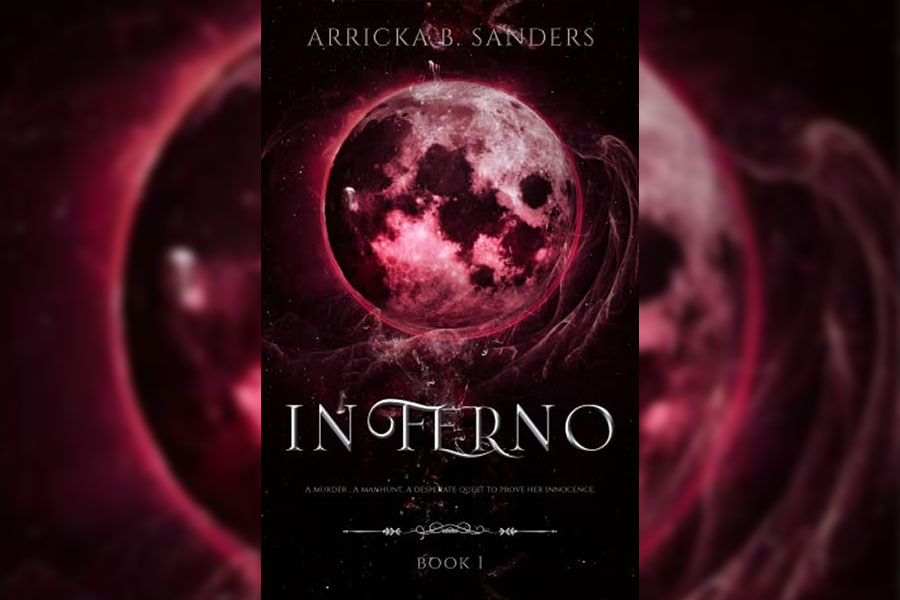 When her aunt, the queen, is murdered, Sariyah becomes the prime suspect, Warrior, werewolf, and now fugitive, Sariyah races to find the real killer before something worse happens. The Royal Guard, once sworn to protect her and now led by her ex-boyfriend, are after her. Together with her two friends Maven and Alek, they must outwit and outrun the skilled guards or face unfathomable consequences. Yet lurking in the shadows, another evil threatens Sariyah and her friends, making her quest even more complicated.

Arricka Sanders writes to escape reality and dive into a world where the impossible is possible and adventure is guaranteed. Her love of books began when she was in elementary school after being sentenced to many time-outs, perhaps voluntarily, where the school librarian would make her pick a book to read quietly. Inferno is her first novel.

Planning to publish a book of your own? Check out 5 Self-Publishing Companies!