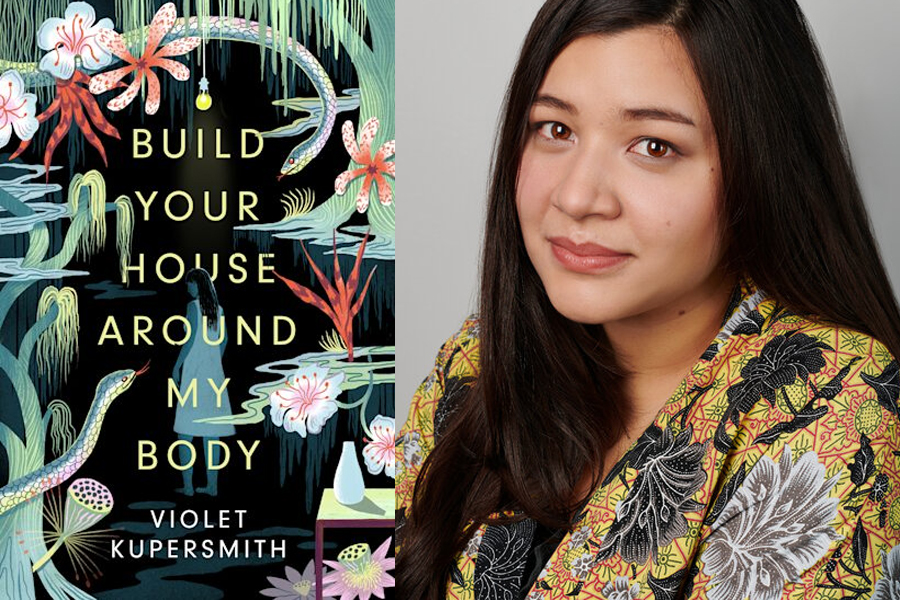 “I know that for every dawn, dusk must unravel its darkness.” ― Elizabeth Lim

From historical fiction to thrilling fantasy, there’s a summer read for everyone this July. Featuring new and old authors alike, here are 5 sizzling new releases from BIPOC authors to add to your reading list.

Build Your House Around My Body by Violet Kupersmith 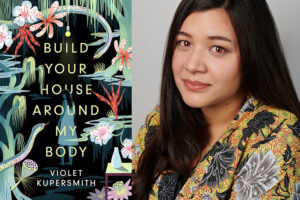 Violet Kupersmith the novelist behind “Build Your House Around My Body” as well as the short story collection “The Frangipani Hotel.” She was born in central Pennsylvania in 1989 and later moved with her family to the Philadelphia suburbs. Her father is a white American and her mother is from Da Nang, Vietnam. After graduating from Mount Holyoke College in 2011, Violet spent a year teaching English with the Fulbright Program in Tra Vinh, Vietnam. She was also a creative writing fellow at the University of East Anglia. She has lived in Da Lat and Saigon in Vietnam, and currently resides in the United States.

Drawing from genres as diverse as horror, humor, and historical fiction, “Build Your House Around My Body” is a kaleidoscopic novel spinning half a century of Vietnamese history and folklore into an epic mystery of two women gone missing decades apart.  In 1986, the teenage daughter of a wealthy Vietnamese family is forever changed after losing her way in an abandoned rubber plantation while fleeing her angry father. In 2011, Winnie is just 22 when she moves in with her great aunt and two surly cousins in Saigon to teach English at the Achievement! International Language Academy. She is finally settling into life in Saigon with her boyfriend, Long, when she suddenly goes missing. 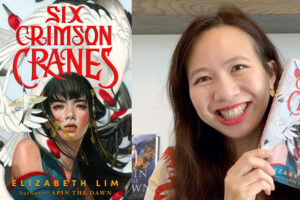 Elizabeth Lim is a critically acclaimed novelist best known for “Spin the Dawn”, “Unravel the Dusk,” and “Six Crimson Cranes.” She is also a contributor to the New York Times Bestselling “A Twisted Tale…” series. Her passion for storytelling began around age 10, when she started writing fanfics for Sailor Moon, Sweet Valley, and Star Wars. Before becoming an author, Elizabeth was a professional film and video game composer, and she still tends to come up with her best book ideas when writing near a piano. An alumna of Harvard College and the Juilliard School, she now lives in New York City with her husband and her daughter.

The first of a new series, “Six Crimson Cranes” is a spellbinding fairy-tale mashup combining East Asian folklore with western fairy tales to create a wholly original story of an exiled princess, forbidden magic, and a quest to save the kingdom. Shiori’anma, the only princess of Kiata, has a secret. Forbidden magic runs through her veins. Normally she conceals it well, but on the morning of her betrothal ceremony, Shiori loses control. At first, her mistake seems like a stroke of luck, forestalling the wedding she never wanted that is until her stepmother catches notice and banishes her. Penniless, voiceless, and alone, Shiori searches for her brothers, and uncovers a dark conspiracy to seize the throne. Only Shiori can set the kingdom to rights, but to do so she must place her trust in a paper bird, a mercurial dragon, and the very boy she fought so hard not to marry.

The Right Side of Reckless by Whitney Grandison 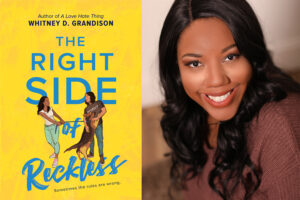 Whitney D. Grandison is an American young adult fiction writer. Some of her works can be found on Wattpad, one of the largest online story sharing platforms. “The Right Side of Reckless” is her second novel after her debut “A Love Hate Thing”.

Serial rulebreaker Guillermo Lozano thought he was getting a fresh start to right his wrongs, but when his work at the local community center throws him into the path of the one girl who is off-limits sparks fly. Regan London has followed the rules her whole life, and the pressure to stay in her “perfect” relationship and be the good girl all the time has worn her down. They’re opposites in every way and being together might just get Guillermo sent away, but when it comes to the heart, sometimes you have to break the rules. 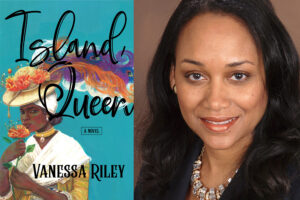 Vanessa Riley is a historical fiction and historical romance author, showcasing the hidden histories of women of color and emphasizing strong sisterhoods and dazzling multicultural communities. She sets her works in the diverse history of the Georgian, Regency, and Victorian eras. Riley also holds a doctorate in mechanical engineering, an MS in industrial engineering and engineering management from Stanford University, and also earned a BS and MS in mechanical engineering from Penn State University. Her latest releases are “Island Queen”, “An Earl, The Girl, and A Toddler”, and “A Duke, The Lady, and A Baby”.

“Island Queen” is based on the incredible true-life story of Dorothy Kirwan Thomas, a free woman of color who rose from slavery to become one of the wealthiest and most powerful landowners in the colonial West Indies. Born into slavery, Doll bought her freedom and that of her sister and mother. Doll rises above the harsh realities of slavery and colonialism by working the system and leveraging the competing attentions of the men in her life: a restless shipping merchant, Joseph Thomas; a wealthy planter hiding a secret, John Coseveldt Cells; and a roguish naval captain who will later become King William IV of England. “Island Queen” is the sweeping epic of a larger-than-life woman rising to power despite the odds. 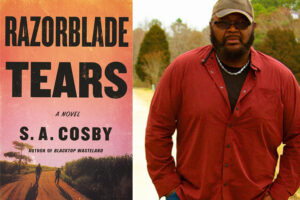 S.A. Cosby is an Anthony Award-winning writer from Southeastern Virginia. He is the author of the New York Times bestseller “Razorblade Tears” and “Blacktop Wasteland,” which won the Los Angeles Times Book Prize and was a New York Times Notable Book, the Sun Sentinel’s and BookPage’s #1 Best Mystery of the year, a Goodreads Choice Awards Semifinalist, and was named a best of the year by NPR, The Guardian, and Library Journal, among others.

Ike is a black ex-con who is on the straight and narrow path, living respectably as the owner of a landscaping business. Buddy Lee is white, a racist ex-con who seeks escape in the bottle. Their paths would never have crossed had their sons not gotten married… to each other. After their sons are brutally murdered, Ike and Buddy band together to find answers and vengeance. In their quest to do better for their sons in death than they did in life, hardened men Ike and Buddy Lee will confront their own prejudices about their sons and each other, as they rain down vengeance upon those who hurt their boys.