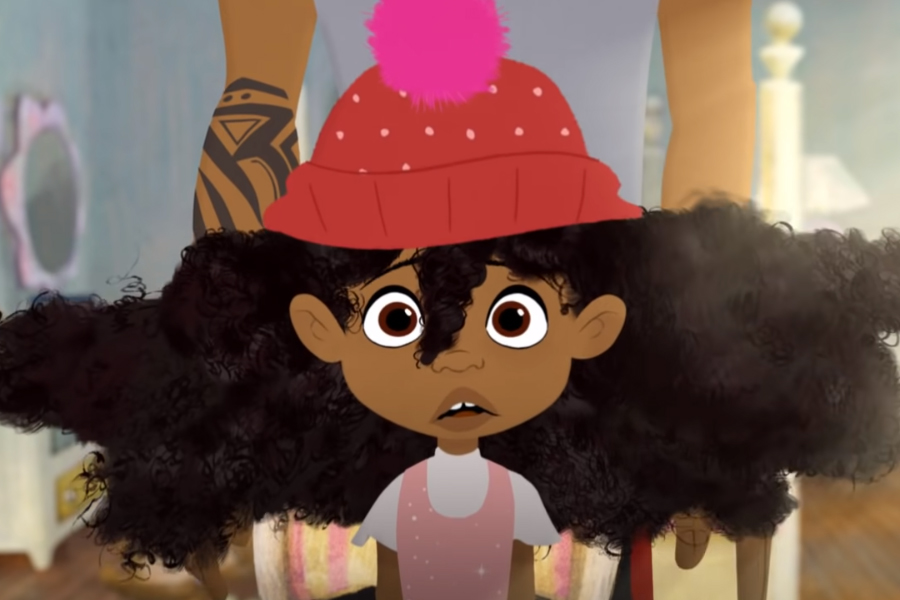 What started as a Kickstarter campaign in 2017, Hair Love took the film world by storm, winning the Best Animated Short Film at the 92nd Academy Awards.

Need a heartwarming short animation or maybe a quick informational series to diversify your animated lineup?

Here’s a quick list of some great animated shorts by BIPOC creators for your viewing pleasure.

What started as a Kickstarter campaign in 2017, Hair Love took the film world by storm, winning the Best Animated Short Film at the 92nd Academy Awards. Hair Love was written and directed by Matthew A. Cherry and co-produced with Karen Rupert Toliver. The 7 minute animated short film features the heart-warming relationship between an African-American father, Stephen, his daughter, Zuri, and her hair which Stephen tries to do for the first time. After much acclaim, the film was released as a children’s book in 2019 with illustrations by Vashti Harrison. HBO Max is set to make the short a series titled “Young Love” in July 2020.

Produced by the South African animation studio Triggerfish Animation, Belly Flop was named Best Animation at the AMA Awards in Rwanda. It has also won seven international awards including the Gryphon Award 6+ at the Giffoni Film Festival and was screened during the closing of the Annecy Film Festival. Belly Flop was directed by Jeremy Collins and Kelly Dillon, and the five-minute film took 7 years to complete. This heart-warming and funny animated short follows Penny, a fearless young girl determined to learn how to dive despite a talented diver who keeps stealing the spotlight. It is now streaming on YouTube.

This animated video series honors outstanding achievements by people of color. David Heredia, the artist behind the series, delivers the untold stories of heroes; such as the Harlem Hellfighters, Gasper Yanga, and Dr. Antonio Pantoja in colorful animated shorts. What started as instructional videos, done in whiteboard 2D animation style, has evolved into the Heroes of Color LLC; a source of multicultural content ranging from books, animation, and other merchandise, as well as the non-profit Heroes of Color Inc. They create arts programs, scholarship opportunities while collaborating with other non-profits dedicated to promoting diverse-educational content and other community development opportunities.

Creator Wesley Louis of The Line, based his character Connie’s adventure off of his own personal experiences in the Caribbean. Having been born in the UK, Wesley tried to capture the splendor of engaging with the culture and community he grew up hearing so much about. This anime-inspired short follows a young British schoolgirl, Connie, who travels to the Caribbean Island of Saint Lucia for her school holidays with her family. There, she accidentally awakens a giant robot buried under the Twin Piton mountains on the south of the Island. This robot seems compelled to protect Saint Lucia but his origins are mysterious.

Donald Glover, or Childish Gambino, takes viewers on a colorful walk through the hall of fame of modern black figures in this animated short and music video. Directed by Donald Glover, Ivan Dixon, and Greg Sharp with character designs by Justin Richburg, this video features 60 celebrities from all walks of life. Gambino walks calmly through a neighborhood watching all of his neighbors playing during the summer as well as stopping to have dream sequences. The neighbors are all famous rappers or modern black figures ranging from Chance the Rapper to Michelle Obama.