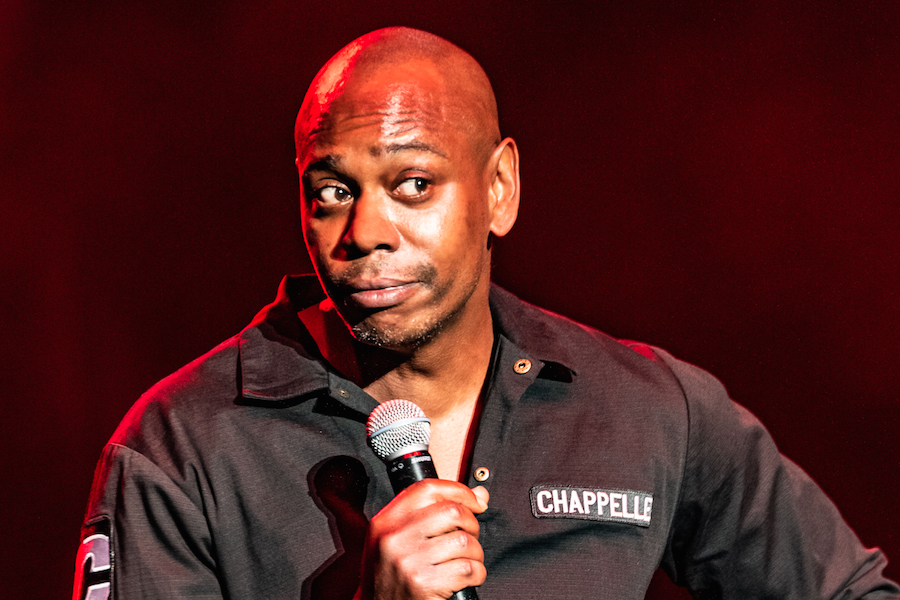 He is the youngest person to make Comedy Central’s 100 Standups of All-Time list, ranking at #43. But before all of that, he was David Khari Webber Chappelle trying to get his start in New York City.

Chapelle is an American actor, comedian, writer, and producer. Born David Khari Webber Chappelle but iconically known as Dave Chapelle. He has actively been performing since 1992. His long, prolific career has earned him numerous awards; including two Emmy Awards, three Grammy Awards, as well as the Mark Twain Prize. He is the youngest person to make Comedy Central’s 100 Standups of All-Time list, ranking at #43. But before all of that, he was David Khari Webber Chappelle trying to get his start in New York City.

Chappelle moved to New York to pursue his comedy career after graduating from Washington’s Duke Ellington School of the Arts, where he studied theatre arts. Despite his known infamous career, Chappelle was booed off stage at Harlem’s famed Apollo Theater’s “Amateur Night.” Rather than becoming discouraged, Chappelle used the experience to give him the momentum he needed to continue his show business aspirations.

Chappelle’s appearance in Russell Simmons’ Def Comedy Jam on HBO in 1992 skyrocketed his career. He became a regular guest on late-night television shows like Politically Incorrect, The Late Show With David Letterman, The Howard Stern Show, and Late Night With Conan O’Brien. In 2003, Chapelle debuted the Chappelle’s Show, a weekly sketch comedy show on Comedy Central. The show parodied many aspects of American culture, including politics, racial stereotypes, and pop culture. The show ran until 2006 when Chappelle abruptly quit in the middle of the third season. He then returned to performing stand-up across the U.S.

As an actor, Chappelle starred in various films including Mel Brooks’s Robin Hood: Men in Tights (1993), You’ve Got Mail (1998), and A Star Is Born (2018). He has also been featured on various television shows such as The Larry Sanders Show, Saturday Night Live, and Comedians in Cars Getting Coffee.

As a comedian, Chapelle is known for his comedic point-of-view humor. Various topics including culture, drugs, politics, racism, and sexuality. His productions are often provocative, with racially charged humor. In his interview with Inside the Actors Studio host James Lipton, he said that his biggest influences in comedy are Richard Pryor, Eddie Murphy, Chris Rock, Paul Mooney, and Mel Blanc, as well as Bugs Bunny.

While not touring for his stand-up routines, Chappelle lives near Yellow Springs, Ohio. There he lives with his wife, Elaine Mendoza Erfe and their two sons, Sulayman and Ibrahim, and their daughter, Sanaa. Chappelle continues to produce his comedic reels and perform at venues.