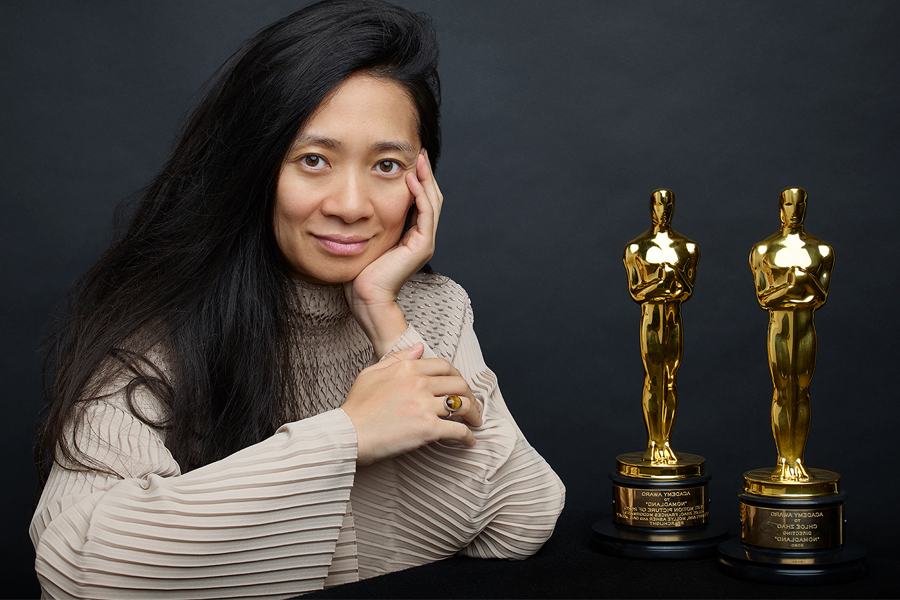 “A documentary film-maker can’t help but use poetry to tell the story. I bring truth to my fiction. These things go hand in hand.” ― Chloé Zhao

Chloé Zhao is a film director, screenwriter, and producer. She is the first woman of color to win an Oscar’s Best Director (2021) and the second woman to win with her film Nomadland. In a single year, Zhao was also the first woman to get four Oscar nominations in the Best Film Editing, Best Adapted Screenplay, Best Director and Best Picture categories.

Zhao grew up in Beijing and attended a boarding school in London before moving to Los Angeles to finish high school. She got her bachelor’s degree in political science, but after four years of college she found herself turned off to politics. Instead, Zhao found herself more interested in meeting people and learning their histories. She turned to film as a way to combine these interests, moving on to study film at NYU’s Tisch School of The Arts, where one of her teachers was director Spike Lee. At NYU, Zhao began creating her signature cinematic style of blending fiction and documentary. 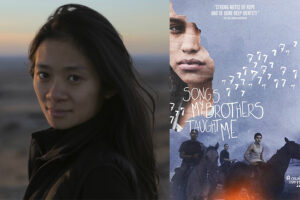 Her debut feature film which she wrote, “Songs My Brothers Taught Me,” premiered at Sundance Film Festival. Shot on location at the Pine Ridge Indian Reservation in South Dakota, the film depicts the relationship between a Lakota Sioux brother and his younger sister. It premiered as part of the U.S. Dramatic Competition at Sundance Film Festival and later played at Cannes Film Festival as part of the Director’s Fortnight selection where it was nominated for Best First Feature at the 31st Independent Spirit Awards.

She also wrote her second feature film, “The Rider,” and it was critically acclaimed and received several accolades including nominations for Independent Spirit Award for Best Film and Best Director. The contemporary western drama, follows a young cowboy’s journey to self-discovery after a near-fatal accident ends his professional riding career. Zhao’s inspiration came from Brady Jandreau—a cowboy she had met and befriended on the reservation where she shot “Songs My Brother Taught Me”—who suffered a severe head injury when thrown from his horse during a rodeo competition. Jandreau later starred in the film he inspired, playing a fictionalized version of himself. 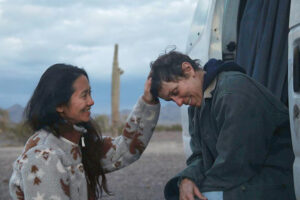 Zhao’s third feature film made history by winning an Oscar. “Nomadland” offers a unique glimpse into the lives of older Americans who live and travel in their vehicles, mainly for economic reasons, embracing it as a nomadic lifestyle. The film is an adaptation from “Nomadland: Surviving America in the Twenty-First Century”. It was shot over a period of four months as Zhao traveled the American West in an RV with many actual nomadic workers. The film’s cast includes real-life nomads.

Never one to stop working, Zhao is currently in the final stages of directing Marvel’s “Eternals.” As the director and co-writer, Zhao has worked hard to put her own spin on the classic comic while still maintaining its original essence. The film is set to release in November of 2021.