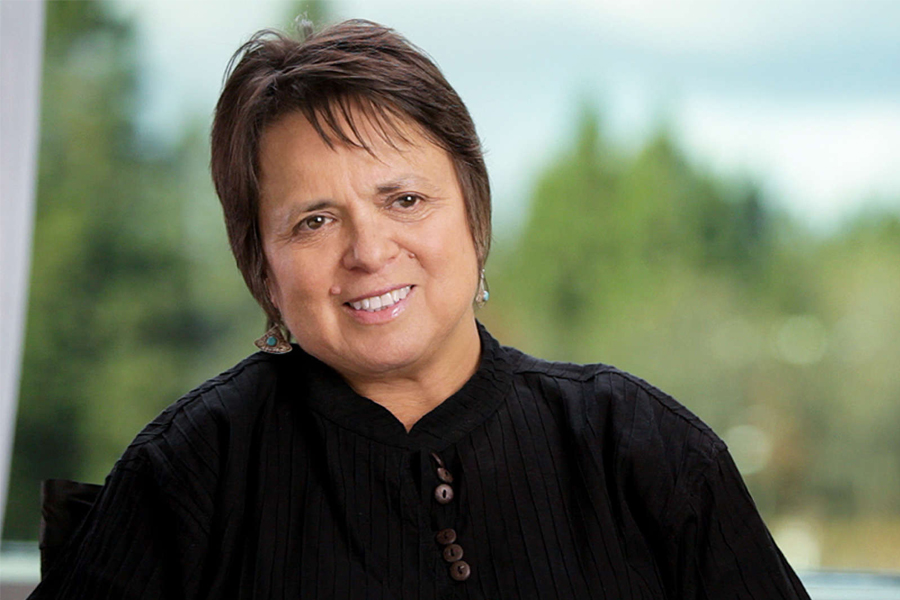 “Sometimes a breakdown can be the beginning of a kind of breakthrough, a way of living in advance through a trauma that prepares you for a future of radical transformation.” – Cherríe Moraga

Cherríe Moraga is a Chicana writer, feminist activist, poet, essayist, and playwright. Moraga is the recipient of the United States Artist Rockefeller Fellowship for Literature, the American Studies Association Lifetime Achievement Award, and the Lambda Foundation’s “Pioneer” award, among other honors. She has served as an Artist in Residence in the Department of Theater and Performance Studies at Stanford University for over twenty years.

Maraga often reflects on her childhood throughout her writing. Having grown up in Los Angeles, California as the daughter of a white man and Mexican woman, she often reflects on her intersectional experiences of racism and classism. In 1974, she graduated from Immaculate Heart College in Los Angeles with a degree in English. It was there that she wrote her first lesbian poems.

Moraga is openly gay, having come out as a lesbian after her college years. Moraga has been credited as one of the early few writers to write on the theory of Chicana lesbianism. In La Guera, Moraga compared the discrimination she experienced as a lesbian to her mother’s experiences of being a poor, uneducated Mexican woman. After coming out, Moraga’s writing flourished and she became involved with the feminist movement. Themes throughout her writing include the intersections of gender, sexuality, and race, particularly in cultural production by women of color. 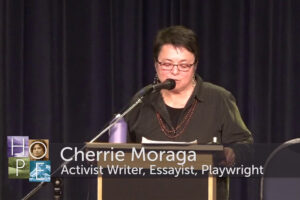 As a playwright, she has received two Fund for New American Plays Awards, the NEA Playwright’s Fellowship, a TCG, and two MAP Grants, as well as a Drama-Logue and Critics Circle Award, and the Pen West Award. She has published three volumes of plays: Heroes & Saints & Other Plays; Watsonville/Circle in the Dirt; and The Hungry Woman/Heart of the Earth. In August 2017, her most recent play, Mathematics of Love, which she also directed, premiered at Brava Theater Center in San Francisco. 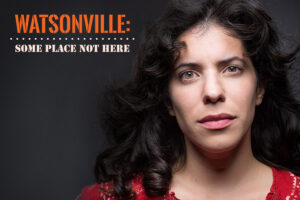 Her award-winning plays include Watsonville: Some Place Not Here, Heroes and Saints, and The Hungry Woman: A Mexican Medea. In addition to Moraga’s plays, she has published extensively as an essayist and poet. She is best known for the groundbreaking anthology This Bridge Called My Back: Writings by Radical Women of Color (1981), co-edited with Gloria Anzaldúa and winner of the Before Columbus Award in 1986, and Loving in the War Years: Lo Que Nunca Pasó Por Sus Labios (1983).

While not mentoring the next generation of writers from her classroom at Stanford University, Moraga resides in Oakland with her partner Celia and their son Rafael. Moraga is also a founding member of the social justice activist group La Red Chicana Indígena which is an organization of Chicanas fighting for education, cultural rights, and Indigenous Rights.